There won't be a Dreadlord Ascension update this month, so instead, I will be releasing another Palestra update next week!

*Below is a repost of this week's Patreon update

Almost everything is done for Yuu's update! All that's left now is to put everything ingame! The new Palestra update should be available Sunday next week!

The animations for this month are now done and available for download! With this done, I will be moving on to other parts of the next update in need of attention.

I don't have much to share visually this week since a lot of time went into the Alastor animation so I won't drag this on more than it needs to haha!

Posted by RedFlash at 2:52 AM No comments:

Writing is fully and the portraits are also done for the most part (only the MC's are missing). What's next will be the milking and contest animations for Yuu.
On top of Yuu receiving the regular post story stuff, I also made 2 new outfits (+ 1 random event) for Shirou. I also made some minor changes to Shirou's portraits to make them look a little better. (mostly proportions with his head) 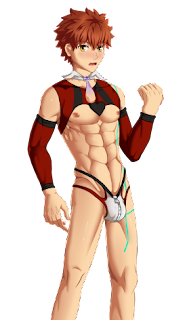 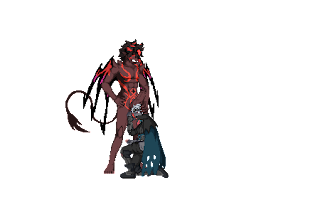 Since there is most likely no Dreadlord Ascension update yet in December as we're still working on the polish update, December will most likely have another free Palestra update instead for now.

*Below is a repost of this week's patreon update

Not much to share about Palestra just yet, but the poll is now over and Red's Choice won. As such, I decided to finish up Yuu to open the possibility of doing the Katakura Town quest next month! Yuu won't need much to be finished (only the regular stuff like milking, contest, brothel, etc.) so as a side to that, I will be making one or two outfits for another character xP.

In the next Dreadlord Ascension update, we're doing a lot of polish to Radian, but we'll also add some new content. As part of this content, one goal would be to add a total of 3 more rooms to the castle. The first of those room would be the Reception room.

*This is a work in progress 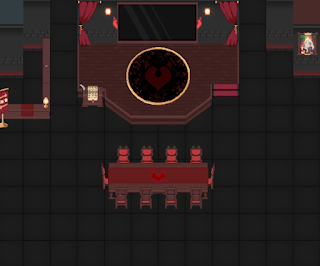 The reception room would have two uses:

1- Allowing the player to trade in a currency you get from completing stages in specific worlds.

The worker slots from this room would be mindcontrol themed. The guys you assigned will have a different animation based on if you assigned one or two guys there!

If there's only one worker, they will show off their body from the stage. 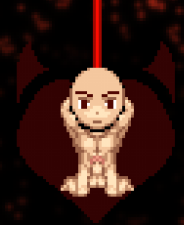 And if two are assigned they will be "working" together to provide a nice show for guests coming to the Reception Room! 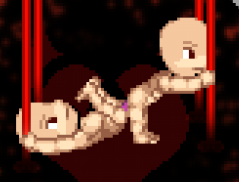 That's it for now! We hope you will be looking forward to trying out the Reception room once it becomes available!

Posted by RedFlash at 9:27 PM No comments:

A new update for Palestra is now available for free. You can take a look at what's new by reading the changelogs below. The new version is available from the Palestra page.

- Added Ezreal as a side character

- Added portraits and teases for Ezreal

- Lan's portrait will now disappear after talking to him

- Fixed a bug with Megaman's helm in his demonic form portrait

**The post below is a repost of this week's Patreon update

New update is up! You can refer to the update post to download it. On top of that, the new Palestra poll is available.

This week, I managed to make a final portrait version for one of the Dregan characters (the others should follow shortly).

Here comes Sol, a feathered dragon from the Phantasm clan! He will be the first character Cervius meets upon entering Dregan and will help the group during their time in this new world! 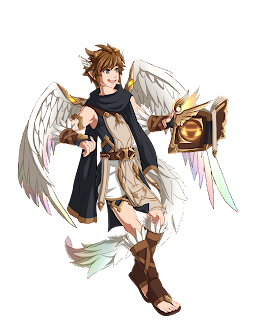 **This is a repost of this week's patreon post

The new update will be next week! I'm currently finishing up the last CG scene for Megaman. All I need to finish are his expressions so you can have a preview of it! 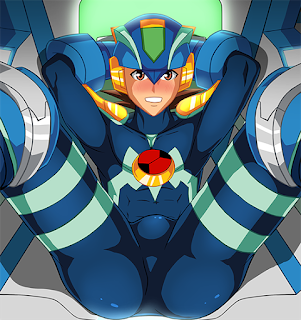 The new animation package is now available! With that out of the way, I can now start creating stuff for Dregan. I'm thinking of either finishing up a character portraits or two first or go ahead and start planning some assets for the combat maps.

We've also begun making changes to the early part of the game, improving on the tutorials, making them clearer but also making a lot of Radian maps easier or shorter. (Radian is like a big tutorial so overall it should be fairly easy.)

*Below is a repost of this week's patreon update

The Megaman update is coming along well. I began working on the second CG, but it won't be ready until next week. So instead, I will show the outfit used for said CG! 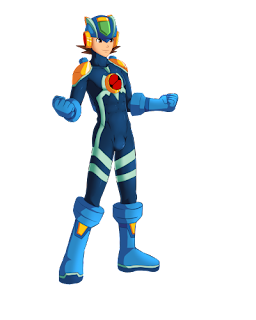 For the next update of Dreadlord Ascension, I'm finally adding an animation that was way overdue. It will be included in next week's animation package on top of the two animation that won the poll. (This animation is to be used when Cervius first makes a contract with Soren.)

This new includes the chapter 4 for Radian. We've now officially gone beyond the story in the first iteration of the game, I'm really happy about this!

With this update, you should be able to reuse your previous saves. If there are any issues though, we've included saves to immediately start Leif's chapter.

As part of this update, you will be able to summon Leif and Shade. Leif can be trained and his affinity quests can be done, however, Shade's part will be released in the next update.

Again, quite a bit has changed in this update, if you find any bugs, please report them in the comments below!

- Fixed the weapon for Leif when loading an old save file

- Fixed the castle disappearing when interacting with the mission table

- Fixed the castle disappearing after making the first contract

- Fixed the new game not working

- Added the minigame for the crafting. (Still some refinement to do on it, and currently, crafting items has no purpose. This will be expanded later this year)

- Leif and Shade can now be summoned

- Leif can be assigned as a worker

- Leif's Affinity and Training can be done

- Added a new button during the fights. This button can be used to speed up the animations during the enemy phase

- Added a button to hide the dialogue box

- Added the first random event (this random event is for Fenris. He will have a "!" above his head when the event can be triggered and can only happen if Fenris is not assigned as a worker)

- The crafting room can be built via the construction table

- Fixed some minor bugs and typos

- Made more general polish to the fights and AI

- Normalized all the sounds in the game

*below is a repost of this week's patreon update

New Megaman CG is done as well as a new outfit (with an additional variation) for him! 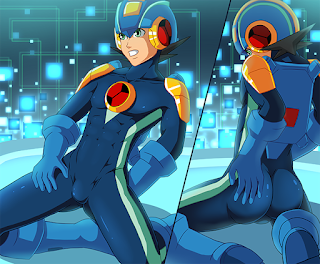 The new version is available! We provided a save with the new stuff unlocked in this version because we've already started implement some changes coming to the big polish update. (you can see the new stuff through the gallery) 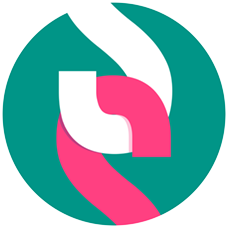 You can also find me on